[press release]  FORT COLLINS, CO, May 4, 2015 – Researchers from an international coalition of 13 institutions have discovered a promising combination drug therapy for the deadly childhood cancer Diffuse Intrinsic Pontine Glioma (DIPG). In a study published today in Nature Medicine co-authored by Michelle Monje, MD, PhD (Stanford University) and Charles Keller, MD (Children’s Cancer Therapy Development Institute), the consortium reports that testing of panobinostat, with or without the histone demethylase inhibitor GSKJ4, may be a promising therapeutic strategy for this deadly pediatric brain tumor.  DIPG is a rare tumor of the brainstem that occurs almost exclusively in children under 10 years old. It represents one of the most devastating diagnoses among pediatric cancers, with an average survival rate of just nine months. As co-Chairs of the Children’s Oncology Group brain tumor new drugs committee, Dr. Keller and Dr. Maryam Fouladi built and coordinated the group of basic and translational scientists who formed the unprecedented coalition. The project was sponsored by the Lyla Nsouli Foundation, The CureStartsNow, Curesearch and Accelerate Brain Cancer Cures and supported by multiple gifts of tumor tissue from children who did not survive. “The story of how the consortium started is a fun one,” explained Keller. “In a packed St Louis hotel meeting room a few years ago, our committee put forth ideas for the next DIPG clinical trial.  It became clear that the nation’s best oncologists had lots of ideas, but we all had no data…so we decided to have a “bake-off”. Maryam rallied the pediatric neuro-oncologists, and I coordinated and recruited the research teams. Eighty-three drugs later, we have an answer.” The work began with a chemical screen in patient-derived DIPG cultures along with RNAseq analyses and integrated computational modeling to identify potentially effective therapeutic strategies. The multi-histone deacetylase inhibitor panobinostat demonstrated efficacy in vitro and in DIPG orthotopic xenograft (mouse) models. Further testing of panobinostat with histone demethylase inhibitor GSKJ4 revealed synergy in combination. A clinical trial is currently being designed for single-drug therapy with panobinostat, which will likely begin enrolling patients later this year. “This panobinostat clinical trial is really the first step,” Keller said. “We can be fairly certain that as the ‘world’s most difficult cancer to treat,’ DIPG will take more than one drug to cure. As promising as the panobinostat-GSKJ4 combination is, we may need to go further—even exploring non-traditional compounds not yet used as medicines.” The full consortium includes: Charles Keller, MD – Children’s Cancer Therapy Development Institute (co-corresponding author) Michelle Monje, MD, PhD – Stanford University (co-corresponding author) Marta Alonso, MD – University of Navarra, Madrid, Spain
Oren Becher, MD – Duke University Medical Center Mariko DeWire, MD – Nationwide Children’s Hospital Maryam Fouladi, MD – Cincinnati Children’s Hospital Medical Center Jacques Grill, MD, PhD – Institut Gustave-Roussy, Villejuif, France Cynthia Hawkins, MD, PhD – University of Toronto Xiao-Nan Li, MD, PhD – Baylor College of Medicine Dannis G. van Vuurden, MD, MSc, & Esther Hulleman – VU Cancer Center Amsterdam Eric H. Raabe, MD – Johns Hopkins University Dennis Steindler, PhD – University of Florida Katherine Warren, MD, Paul Meltzer, MD, PhD, and Martha Quezado, MD – National Institutes of Health “The manuscript by Grasso, Tang, Truffaux et al is an outstanding example of cooperation among dedicated laboratory based scientists and clinicians who have pooled resources and freely shared data to impact the treatment of a rare but fatal brain tumor in children. A special recognition should be given to community-based organizations that provided philanthropic support to enable the study. This model of translational research should be encouraged and fostered to improve outcome for rare human disease,” said Amar Gajjar, MD, Chair of the Central Nervous System Tumor Committee, Children’s Oncology Group and neuro-oncologist at St. Jude Children’s Research Hospital. “In a disease where no therapeutic progress has been made in several decades, we see the culmination of the efforts of an international group of basic and translational investigators who have collaborated together to better understand potential therapeutic targets and conduct preclinical testing of promising agents targeting relevant pathways in this deadly disease. The fact that Drs. Monje & Keller and colleagues demonstrated that the combination of panobinostat and the GSKJ4 demonstrate synergy is very promising. The Children’s Oncology Group was the catalyst for fostering these efforts over the past three years, with funding coming from philanthropic agencies who also banded together to support these efforts. The next step is to develop clinical trials to assess the efficacy of these agents alone and in combination in patients with DIPG. Based on data presented in this paper, the Pediatric Brain Tumor Consortium is moving forward with a new study to test panobinostat in children with newly diagnosed and recurrent DIPGs. I hope that the results generated from these critical preclinical collaborations will lead to the development of novel combination trial strategies to effectively treat children with this deadly tumor,” said Maryam Fouladi, MD, Chair of the Pediatric Brain Tumor Consortium Steering Committee and Medical Director of the Neuro-Oncology Program at Cincinnati Children’s Hospital Medical Center. 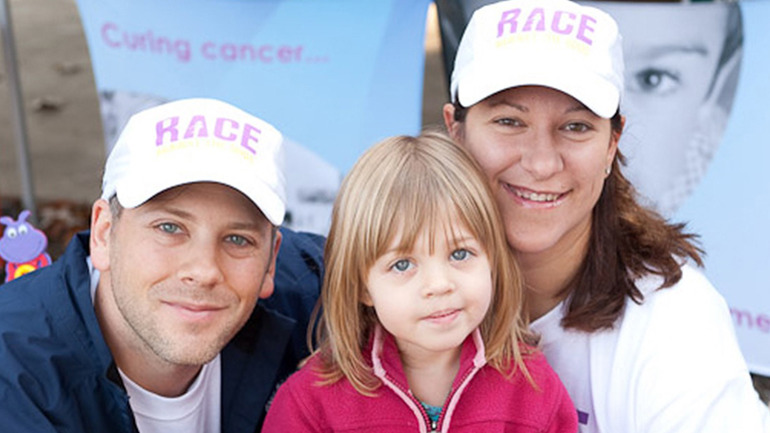 “For as long as DIPG has been specifically classified, parents of children diagnosed with this cancer have longed for effective treatments. This represents an exciting and promising new chapter that finally provides hope. Since the time of my daughter Alexis’ diagnosis in April 2008, and her passing in January 2011, little has changed…until now. I am beyond hopeful that this now represents that change,” said Jonathan Agin, childhood cancer advocate and cc-TDI General Counsel. Agin lost his daughter Alexis to DIPG when she was two weeks away from her fifth birthday. 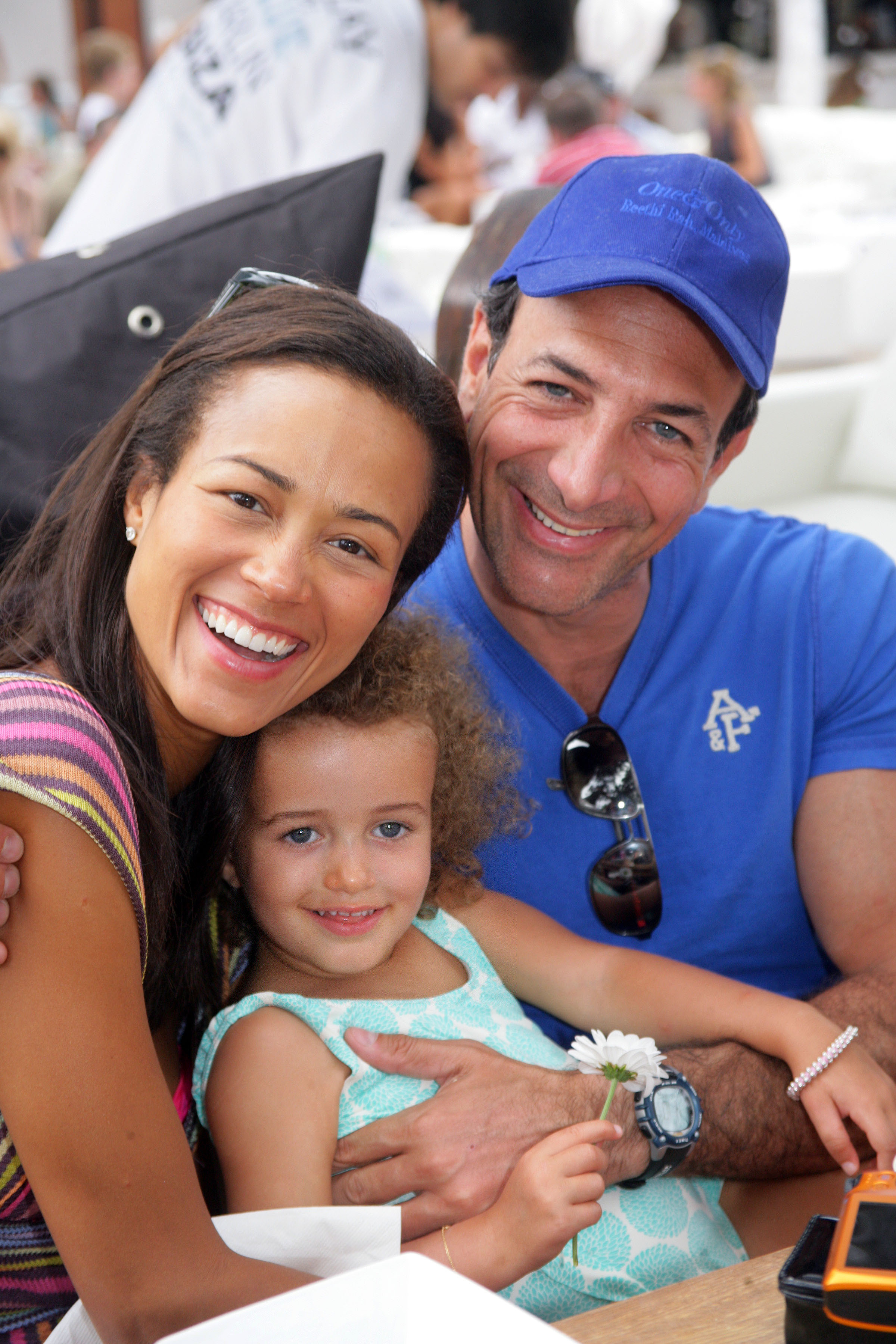 “We are very enthusiastic about the work of Dr. Keller, Dr. Monje and the DIPG consortium and are excited by the study findings about panobinostat. This drug offers a new path of study with the potential to create treatment options for DIPG. We look forward to the next steps of research and are hopeful that this progress brings us closer to helping children with DIPG to survive.”Based in Fort Collins, Colorado, the Children’s Cancer Therapy Development Institute is a unique research group that is focused on closing what is known as the “pre-clinical gap” in childhood cancer research. To end the stalemate in curing childhood cancers, cc-TDI is dedicated to translating knowledge from basic scientific advancements into proven, viable treatment options that can be tested in clinical trials,” comments Nadim Nsouli on behalf of the Lyla Nsouli Foundation, the principal sponsor of the international research effort.  Mr. Nsouli, and his wife Simone, founded the Lyla Nsouli Foundation after the passing of their 4 year old daughter, Lyla, as a result of DIPG.  Her mother adds, “We miss Lyla terribly. She was truly our pride and joy.” 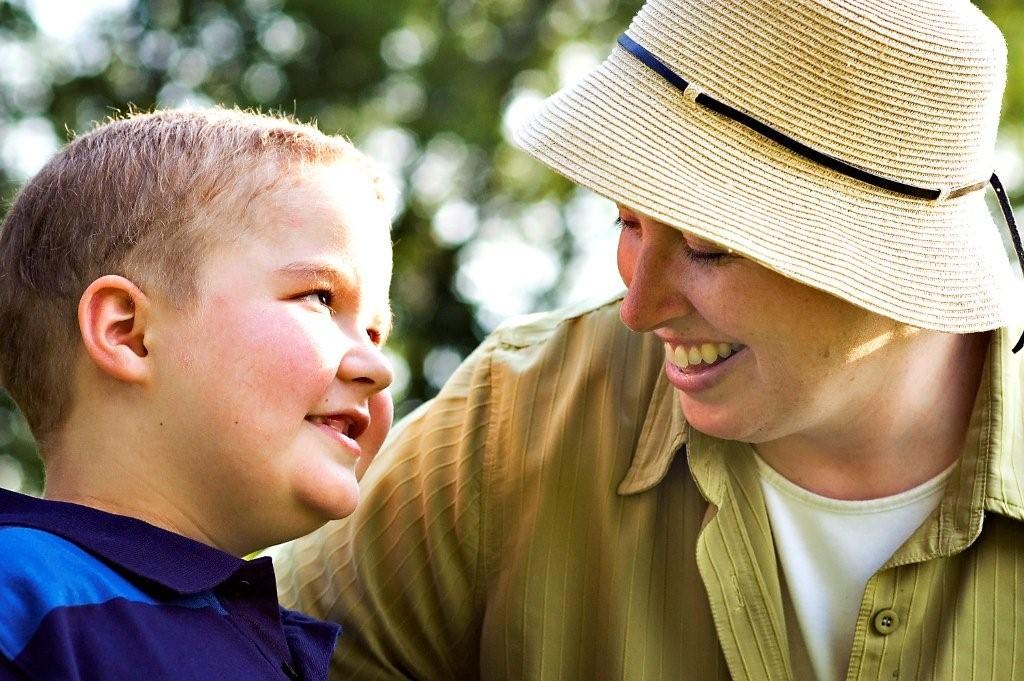 Sandy Smith, an advocate for childhood cancer and a cancer survivor herself offered this perspective: “I was diagnosed with breast cancer on Monday, October 22, 2007. My 6-year-old son Andrew was diagnosed with diffuse intrinsic pontine glioma (DIPG) just a few days later. We both ended up with ports, we both did chemotherapy and radiation, and we both lost our hair; but that’s where the similarities end. My treatment was standard and my prognosis favorable. There was no hope of a cure for Andrew; radiation was palliative. While we pushed through my treatment, my husband and I did our best to savor every moment with our son because we knew those moments were very limited. This publication—the result of selfless collaboration by dedicated scientists from around the world—is a step toward progress for children with DIPG. This is meaningful science making a difference in the lives of children and families like mine.” “This is a journey and a partnership with families.  One of the most interesting features of the project is that we kept a weekly blog of research activities – which allowed families to follow progress with us (and give feedback). We still need more tissue, better cell lines, and more mouse models. Our 15 institutions are unified by the community support that brought us together and keeps us focused. We’ll continue pursuing better and better treatments until the day
that DIPG is uniformly survivable,” Keller added. For more on cc-TDI’s efforts to move scientific discoveries to clinical trials for children with cancers like DIPG, visit www.cc-TDI.org. [ full funding acknowledgements: This research was supported by the Lyla Nsouli Foundation, the Children’s Oncology Group (COG) Central Nervous System Committee, the DIPG Collaborative (The Cure Starts Now Foundation, Reflections of Grace Foundation, Smiles for Sophie Foundation, Cancer-Free Kids Foundation, Carly’s Crusade Foundation, Jeffrey Thomas Hayden Foundation, Soar with Grace Foundation), the Accelerate Brain Cancer Cures Foundation (ABC2), CureSearch for Childhood Cancer, the Team Julian Foundation and the COG Chair’s Grant (5UOCA098543). Additional funding support was provided by US National Institutes of Health grant K08NS070926 (to author M.M.), Alex’s Lemonade Stand Foundation  (to M.M. and Y.T.), the McKenna Claire Foundation, the Connor Johnson Memorial Fund, the Dylan Jewett Memorial Fund, the Elizabeth Stein Memorial Fund, the Dylan Frick Memorial Fund, the Abigail Jensen Memorial Fund, the Zoey Ganesh Memorial Fund, the Wayland Villars DIPG Foundation, the Jennifer Kranz Memorial Fund, Unravel Pediatric Cancer, the Virginia & D.K. Ludwig Fund for Cancer Research, the Price Family Charitable Fund, the Matthew Larson Foundation, the Godfrey Family Fund in Memory of Fiona Penelope, the Child Health Research Institute at Stanford, the Anne T. and Robert M. Bass Endowed Faculty Scholarship in Pediatric Cancer  and Blood Diseases (all to M.M.), Etoile de Martin (to J.G. and N.T.), Fondation  Lemos and Le Défi de Fortunée (to J.G.), the Scott Carter Foundation (to N.E.B.),  the Semmy Foundation (to D.G.v.V. and E.H.), the US Department of Defense  (to X.-N.L.), National Science Foundation grant CCF0953366 (to R.P.), Marie Curie grant IRG270459 (to M.M.A.); the Spanish Ministry of Health grant PI13/0125 (to M.M.A.), and the St. Baldrick’s Foundation and Iron Matt Foundation (both to  E.R. and M.H.-C.). ]  ###  About Children’s Cancer Therapy Development InstituteThe Children’s Cancer Therapy Development Institute was created with one aim: to make childhood cancer universally survivable, regardless of diagnosis. Our mission is to translate scientific discovery into clinical trials by understanding and proving new disease-specific treatment options for children with cancer. Our team, led by Scientific Director Charles Keller, MD, is discovering and proving new disease-specific treatments in our Innosphere lab at the base of the Rocky Mountains. Contact: Charles Keller, MD(970) 239-4296  | charles@cc-TDI.orgJonathan Agin |  (703) 371-0218  For the coverage in Lancet Oncology, click here. For coverage in the NIH Director’s Blog, click here.