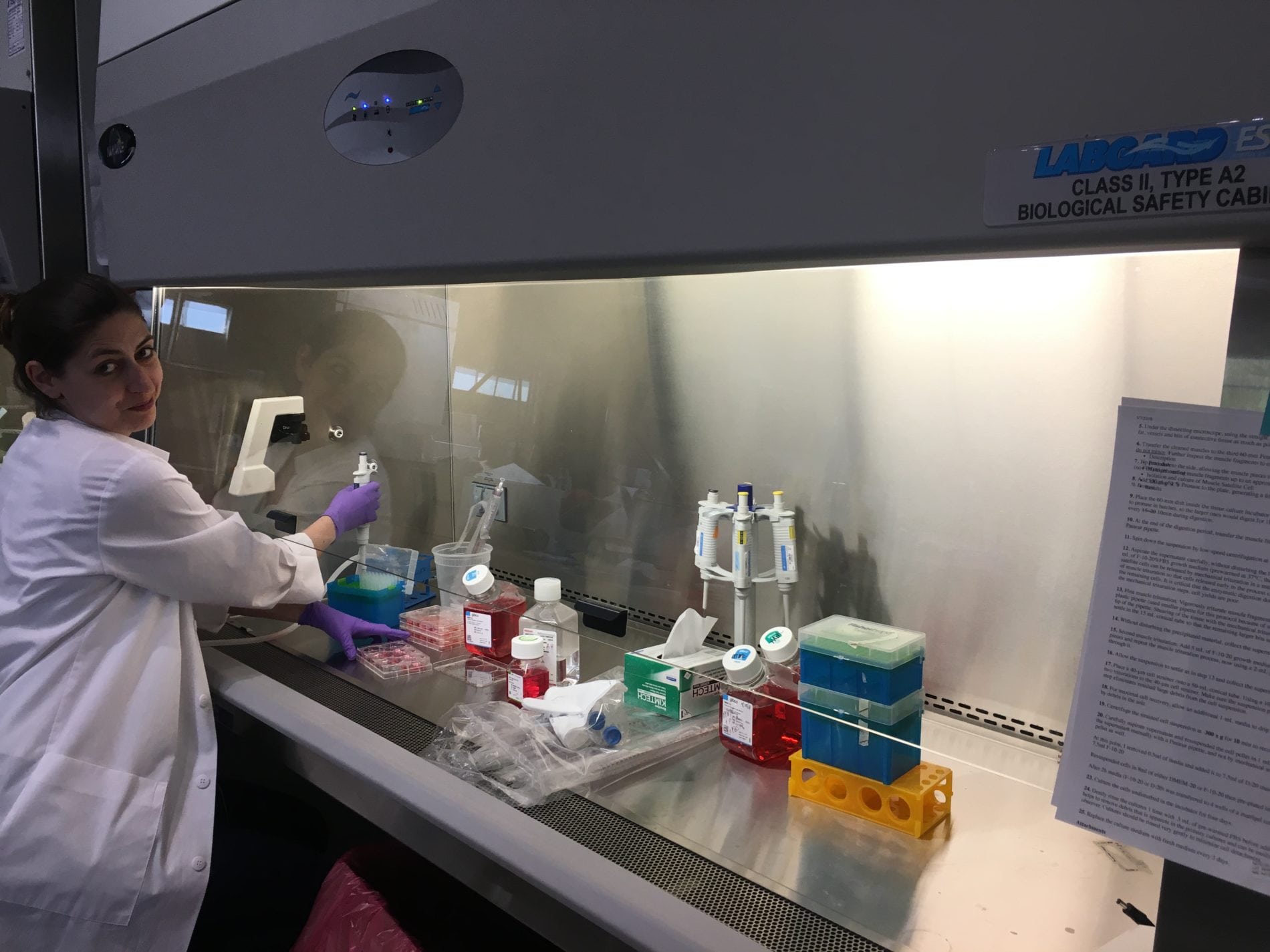 Each week we will be featuring the work of a scientist on the cc-TDI team to give you a view into the lab and an update on our progress. While some might argue that the Science Fiction genre is the most imaginative view of the scientific universe, we would argue that some of the actual science happening in our lab might be even more innovative and imaginative…. Hence, we have decided to call this new bog series: Science Nonfiction. If you’re a Science Fiction fan (or even if you’re not), sit back and get ready to learn.

Take it away, Ali…

At the height of the American Civil War, a mere month before signing the Emancipation Proclamation and several months before the Gettysburg address, President Lincoln gave his Annual Message to Congress. Although the path forward seems abundantly clear now, it certainly wasn’t at the time. In his message, Lincoln mulls over the best strategy and concludes,

“It is not ‘can any of us imagine better?’ but, ‘can we all do better?’ The dogmas of the quiet past are inadequate to the stormy present. The occasion is piled high with difficulty, and we must rise-with the occasion. As our case is new, so we must think anew and act anew.”

Biomedical research constantly requires scientists to “think anew and act anew” to build upon our knowledge, discover, and create new therapies, but, for me, this edict rings especially true for diseases like diffuse intrinsic pontine glioma (DIPG).

DIPG, which is pediatric cancer of a part of the brain called the pons, is universally fatal. To date, our current approaches for treating cancer have been ineffective. Surgery to remove the cancerous cells is not an option for DIPG, because of both the location of this cancer—the pons is a brainstem structure that regulates many vital functions, including breathing—and the fact that the cancer cells are intermingled with normal, healthy brain cell. Both traditional chemotherapy and radiotherapy have proven largely ineffective for DIPG. Even with the use of traditional chemo and radiotherapy, prognosis is poor with median survival of less than a year. DIPG is truly an ‘occasion piled high with difficulty’ where ‘the dogmas of the past are inadequate.’ However, DIPG also presents incredible opportunity to develop radically different and effective treatments.

Since we can’t use traditional approaches to either surgically remove DIPG cells or kill these cells with chemotherapy and radiation, we have developed a new strategy to lure DIPG cells out of the pons and into a trap. We call this new strategy for a DIPG therapy the Tumor Cell Hotel.

In order to create the Tumor Cell Hotel, we need to find optimal ‘baits’ to lure the DIPG cells out of the pons and to develop a ‘trap’. Currently, I’m in the process of testing different potential baits and traps. What I’m looking for are baits that not only are capable of attracting DIPG cells but also don’t attract normal brain cells so that, in the process of luring DIPG cells out of the pons, healthy cells are left unaffected. One of the ways I test these baits is using a type of assay called a Boyden chamber migration assay.The Boyden chamber has two compartments (one where the cells are placed and one where the bait is added) that are separated by a filter with holes large enough for cells to fit through. After adding cells to one chamber and bait to the other, we can see how many cells migrate toward the bait.

Developing a new therapy like the Tumor Cell Hotel is a collaborative process, not just amongst researchers but with people across many fields, including the donors who support the research. In March, Charles and I had the opportunity to attend Storm the Heavens’ first annual Bean’s Ball, in honor of Philomena Stendardo who passed away last year after battling DIPG. Support from organizations, like Storm the Heavens, is crucial to our ability to develop radical new therapies for a devastating disease like DIPG. Its how we move from ‘imagining better’ to ‘doing better.’ Like I mentioned, science is a collaborative process so feel free to leave a comment or question below!