Mile by Mile: David Sullivan’s Wellness Journey in Support of the Cancer Community 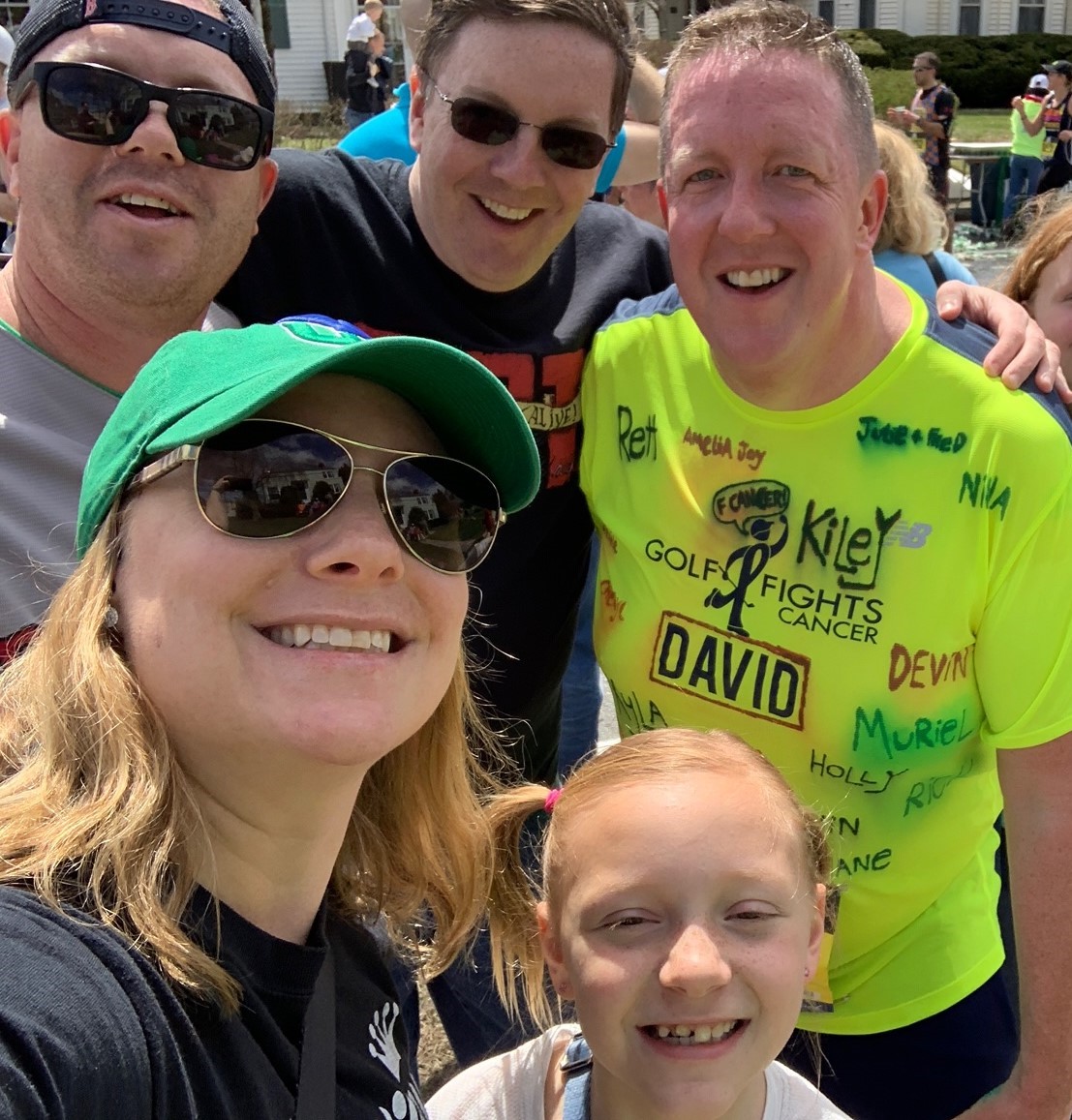 In 2017 David Sullivan never imagined he would ever run a marathon. He was significantly overweight, out of shape and watching as his niece Kiley fought against Alveolar Rhabdomyosarcoma (stage 4) having been diagnosed just after her 5th birthday.  ARMS as it is commonly referred, is a type of cancerous tumor that arises in the soft tissue and primarily often affects the large muscles of the arms, legs and trunk.

Then, one day something clicked, and he knew he needed to change his life.  Kiley had been fighting for hers, why couldn’t he do more? “I was wasting my health having watched my niece fight for her own life and I just needed to make a change.” After undergoing stomach surgery, losing over 100 pounds through diet and exercise, and consulting with his doctors, David began running. Step by step, mile by mile, pound by pound, his journey started.

If you’ve ever started endurance running from the beginning – let me tell you, it’s not fun.  It’s arduous, grueling and pretty much all around miserable. Your muscles are sore, your feet ache and there’s a mental component to distance running that can be just as challenging to overcome. However, it’s nothing compared to actually fighting cancer. The toll it takes on the body and the family can be all-encompassing.

Kiley was initially diagnosed in 2014 and the outcome was uncertain. The family had previously connected with the cancer community when David’s cousin Brian lost a dear friend to cancer, but this was different. This literally hit home and the whole family rallied around Kiley’s care and treatment. She aggressively fought for her life through rounds of chemotherapy and radiation and by the grace of modern medicine, Kiley has been in remission for the past six years.

“Having never been a runner, completing my first half-marathon was a huge accomplishment. It wasn’t even on my radar to run a full marathon until my cousin Brian asked me to join the Golf Fights Cancer Boston Marathon team.” Golf Fights Cancer is a 501c3 non-profit organization dedicated to raising funds for cancer-related charities and research organizations (like cc-TDI) with the goal of fighting cancer and making financial contributions that can make immediate, tangible differences.  For David, the biggest catch (aside from running 26.2 miles) was the commitment that each team member makes to raise at least $10,000 for the cause. “I just knew I had to do it, I had to do it for Kiley and for all the kids like Kiley who are fighting for their lives. They say it takes a village and in this case it does.”

In 2019, after enduring more than 5 months of marathon training, Kiley surprised her uncle at mile 10 of the Boston Marathon. It was the most emotional he had been throughout the process. The sight of his now-healthy niece cheering him on to the finish line was just the push he needed to keep going. David has now completed the Boston Marathon twice – first in 2019 and again (virtually) in 2020.  Kiley was at the finish line for that one as well – smiling ear to ear in support of her exhausted uncle. “It’s crazy to think that to-date I’ve raised more than $20,000 for cancer but I’m doing it for her and because I really hate cancer- especially when it affects kids.” As for next year, we’ll all have to stay tuned.

A huge thank you goes out to David Sullivan and the entire Golf Fights Cancer organization for their support. We are continuously amazed by your efforts and humbled to be chosen as recipients. To find out more about Golf Fights Cancer, and the incredible work they do, visit golffightscancer.org.