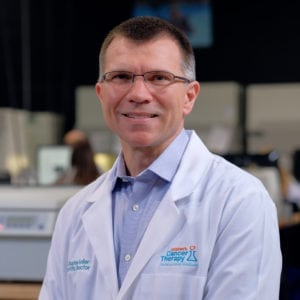 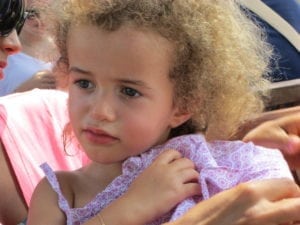 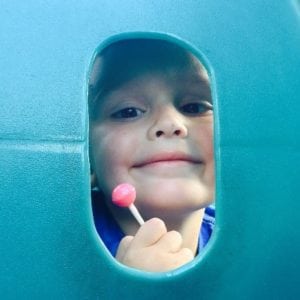 [Press Release] PORTLAND, OR – APRIL 5, 2018 – Researchers at the Children’s Cancer Therapy Development Institute (cc-TDI, cc-tdi.org) have identified a potential new target for treatment of diffuse intrinsic pontine glioma (DIPG) treatment. Thanks to the support of The Lyla Nsouli Foundation For Children’s Brain Cancer Research  (“The Lyla Nsouli Foundation”) and With Purpose, open collaboration between cc-TDI and 4 other research institutions resulted in this study recently published in PLOS ONE.  The study’s lead author is Dr. Noah Berlow, is a post-doctoral fellow at cc-TDI. Dr. Berlow and the cc-TDI group identified the IL13RA2 gene as a specific target for DIPG cells which is absent in normal brain cells.

Work at cc-TDI is guided by connections to families fighting the rarest and deadliest children’s cancers. This project took its inspiration from two of its brightest champions: Lyla Nsouli and Sam Lee. Lyla Nsouli was the light of every room she entered – a ball of energy with big blue eyes and curly gold hair – with a naturally curious outlook on the world. When she was two-years-old, Lyla was diagnosed with DIPG. Sam Lee was diagnosed with DIPG at the age of two, and lived a short but beautiful life of adventure, travelling across the country with his new twin sisters and making the most of every day. Sam left the world with truly inspiring words, “I am happy”. Although Lyla and Sam are no longer in this world with us, their families found inspiration in loss. Lyla’s family started the Lyla Nsouli Foundation in her memory improve prognoses for children and their families in the fight against DIPG, and Sam’s family established With Purpose to help create a world where children with cancer have access to safe and effective treatments. Both groups are focused on finding new treatment options for every child facing DIPG.

DIPG is a rare tumor of the midbrain that affects approximately 350 new children each year in North America alone – many of those affected being under 10 years old. Technically, DIPG is a form of high-grade glioma (glioblastoma) that is known to affect both adults and children – but DIPG is even more enigmatic. It is a brutal form of cancer, with an average survival rate of nine months and negligible response from any treatment except radiation, which adds 2 months to overall survival.  An international consortium led by Dr. Charles Keller – cc-TDI’s Scientific Director – had previously identified panobinostat as a potential treatment for DIPG. Because panobinostat represented an improvement in survival and not a cure, cc-TDI knew to continue pushing forward to identify new targets and treatment options, resulting in this newly published discovery.

This discovery is the result of in-life tissue gifts and painless after-life tissue gifts from 36 families. “Every time I see patient data from DIPG, I am struck by how urgent the need for new treatment options is. I’m humbled every day by these families’ selfless acts to help future children with DIPG” says Dr. Berlow.  “Our previous work focused on a concentrated worldwide drug screening effort to identify promising hit compounds to escalate to clinical trials. We asked the question, ‘what will work right now?’”, Berlow continued: “Over the past few years, cc-TDI has worked to pool DIPG resources to delve deeper into the biology of the disease. We are now asking, ‘what’s going on inside the tumor cell environment and how can we target that?’” 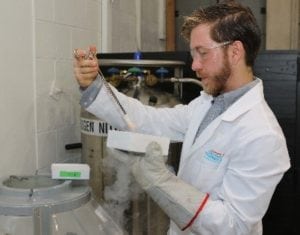 The group discovered that a protein encoded by the IL13RA2 gene is commonly found on the surface of DIPG cells while almost completely absent on the surface of normal brain cells from the same patients. This discovery opens new avenues to attempt and treat DIPG – specifically attacking cancer cells with specially created drug-carrying molecules in hopes of attaching to IL13RA2 proteins on the cancer cell.

“IL13RA2 itself is a promising target that has been previously explored and is ready for continued study, given new advancements in targeting technology”, explained Dr. Berlow. In fact, this is the same receptor used in chimeric antigen receptor-T (CAR-T) immunotherapy approach for an adult glioblastoma patient with an extraordinary response reported by Brown and colleagues in a 2016 New England Journal of Medicine report.

Dr. Keller knows that collaboration is key to advancements in research for rare (orphan) cancers such as DIPG, adding: “the bittersweet aspect of this research is that the tissue was given by families of children, after life, as ‘legacy gifts’. We are forever grateful for the partnership of these families to find – through science – a way to make DIPG universally survivable.”

Matching the aggressiveness of DIPG is a valiant battle, often fought in rounds. Dr. Berlow is ready for the next battle, adding: “We have identified additional targets of interest, discovered after this publication, that may be promising combination targets and may help explain the clinical behavior seen in DIPG patients. We are now pursuing new funding opportunities to rapidly develop the preclinical data needed to start a new clinical trial for DIPG.”

Being a widely-collaborative yet free-standing lab, cc-TDI is uniquely positioned to pivot and adapt to new challenges. After demonstrating the potential benefits of IL13RA2 targeting – namely, targeting cancer cells and ignoring regular cells – safer and more effective DIPG treatments appear to be on the horizon.

About the Lyla Nsouli Foundation

The Lyla Nsouli Foundation for Children’s Brain Cancer Research was established in memory of Lyla Nsouli, who was diagnosed with Diffuse Intrinsic Pontine Glioma (DIPG) when she was two years old. Lyla was only given months to live but fought valiantly. Her foundation continues in her honor and aims to find a cure for brain cancers, with a focus on DIPG.

The Children’s Cancer Therapy Development Institute (cc-TDI, cc-TDI.org) is a unique non-profit organization focused on the ‘preclinical gap’ in childhood cancer research. Our mission is to bridge scientific discovery and the initiation of clinical trials. Through our efforts, we will provide evidence-based testing for the selection of new drugs to be used in childhood cancer clinical trials, thus seeding pediatric Phase I and II trials. This concept was emphasized in the Institute of Medicine Report, Making Better Drugs for Children with Cancer in 2005. Our longstanding work with mouse models of brain tumors and sarcomas is the cornerstone for basic science & target discovery and our mission. The cc-TDI research team is led by Scientific Director Dr. Charles Keller who follows in the footsteps of his mentor, 2007 Nobel laureate Mario Capecchi. The cc-TDI laboratory is based on the premise of a non-profit multidisciplinary biotech and is thus located in between the Silicon Forest in Beaverton, OR (Intel Headquarters) and the Portland-area medical center. Our industrial-modern 4600 ft2 BSL wet lab facility is a former 70-year old paint factory remodeled by Nike as an off-site creative space – an ideal setting to spark innovation.